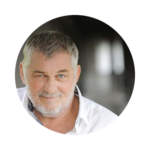 The bodegas of Macia Batle was founded in 1856, reason enough to give this name to a new wine line of the company four years ago. Today’s bodega in Santa Maria was only built in 1998, but in a traditional style, so it is thought that it has been there since the year the bodega was founded. The current director, Ramón Servalls i Batle, still belongs to the founding family and the land on which the wine is grown also belonged to his grandfather. With new technology, constantly growing expertise, modern methods and preservation of tradition, Ramón has made his winery a “global player”. He sells up to 650,000 litres of his fine wines annually to Germany, Great Britain, Switzerland, Austria, Denmark and Japan.

Local grape varieties such as Manto Negro, Callet, Premsal and international varieties such as Cabernet Sauvignon, Chardonnay, Merlot or Syrah are cultivated. This produces high-quality, modern wines full of character. And every year there is the Reserva Privada, awarded the silver medal of “International Wine Masters” where he combines pleasure and art: internationally renowned artists design the bottle label for the Reserva Privada. Among the artists are such great names as Yannick Vu, Rafa Forteza, Natasha Zupan, Jim Bird, Rebecca Horn, Rolf Knie, Joan Bennassar and Ramón Canet. The concerts on the bodega grounds are also very popular.