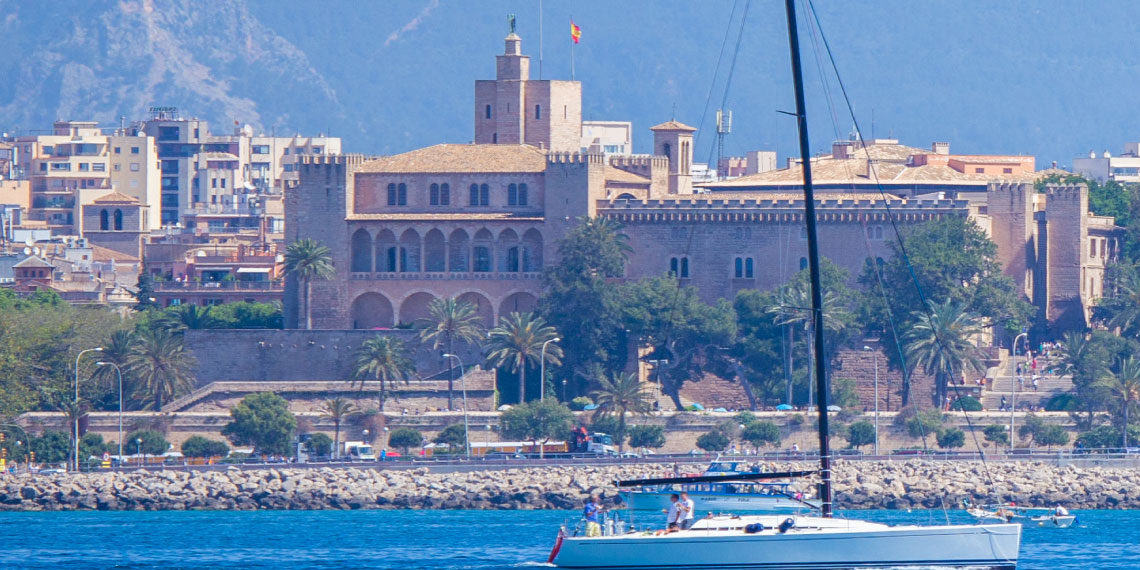 The Almudaina Palace, the former Arab seat of government, is one of Palma’s most important monuments and one of the most visited buildings in the old town, along with the cathedral, the former maritime trading exchange “La Lonja” and Castell Bellver. The “Palacio Real de la Almudaina” was the residence of the Arab rulers until the reconquest of Mallorca by King Jaume I of Aragón. At that time, the palace was located in the first line of the sea, where today the properties of Palma de Mallorca can be found. The conquering king, Jaume I, showed little interest in the building. His son, Jaume II, however, had numerous alterations carried out between 1303 and 1311. Official guided tours of the palace give an insight into Mallorca’s history. The throne room was used again for the first time in 1983, when the Spanish Council of Ministers chaired by King Juan Carlos met there. In stylish surroundings, with carpets from the 16th and 17th centuries. The tapestries of the Almudaina Palace are among the building’s greatest riches. They come from Flanders and Brabant or from the workshops of Spanish masters. On the first floor are the rooms of the Spanish royal family, as well as the so-called “antesalas”, antechambers for waiting visitors.

The summer residence of the royal family in Mallorca

The frescoes in the office of the current King Felipe VI have been restored, the room is furnished with Empire furniture. The showpiece is the large Gothic hall with stone arches and wooden ceilings. Every year, the royal family’s farewell reception for the Mallorcan dignitaries takes place here. This palace, which is one of the most impressive properties in Palma’s old town, can be visited all year round from Tuesdays to Sundays between 10 am and 6 pm, in summer until 8 pm. Admission costs seven euros. Twice a week, on Tuesdays and Wednesday afternoons, the palace can be visited free of charge, in winter (October to March) from 3pm to 6pm and in summer (April to September) from 5pm to 8pm.

And if you need a little refreshment after the sightseeing, the Minkner & Partner tip from the team in the Palma office comes highly recommended: If the weather is good, stroll out onto the opposite pier until the “Varadero” restaurant appears at the end. Here you can enjoy a drink or tapas on the terrace with perhaps the best view of the palace and the cathedral, and feel like you’re on the deck of a ship.