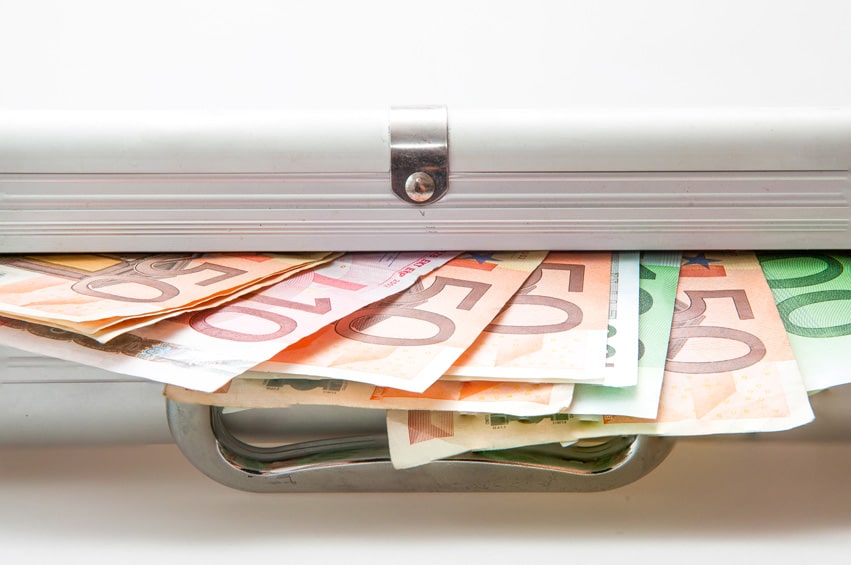 Clients who have been involved in Mallorca´s real estate business before the introduction of the euro often tell adventurous stories of mountains of peseta or “DM-Deutsche Mark” notes that changed hands in back rooms of lawyers, notaries and banks in the days of purchase without a receipt. The payment of part of the purchase price with “black money” is said to have been the rule rather than the exception. The official purchase price was paid with “A” and the black portion with “B”. The system worked in such a way that only a part of the real purchase price was mentioned in the deeds (Escritura) (sub-securitisation), the rest was paid in cash. Even though many did so, this was of course not legal – and, by the way, not wise from the buyer’s point of view either. The property sellers occasionally demanded that buyers pay a part of the purchase price in cash. For this reason, the main risks of such transactions will be described here once again.

Balance sheet: In the end the Purchaser must pay

Apparently, the sub-securitisation made economic sense for both parties, seller and buyer: the seller saved the profit tax on the non-documented part of the purchase price (today 19 % for non-residents, once even 35 %!), the buyer, the land transfer tax on this part (today between 8 % and 11 %) as well as pro rata ancillary acquisition costs. These figures alone show that the seller has made most of the profit, because his tax savings were significantly higher than those of the buyer. I said earlier, that such transactions were not really wise for the buyer: The rude awakening was realised by the buyer if he wanted to resell the property and his buyer was not willing, or able, to pay part of the purchase price in “B”. In these cases, the buyer had to pay tax on a “profit” that he had not made at all, or even more clearly: he now had to pay tax on the profit that his predecessor had made.  Stupid and costly…

Such sub-securitisations are a thing of the past. Not only because buyers have become better advised and wiser, but also because international legislators have set up considerable and effective hurdles. On the one hand, there are the restrictions on international payment transactions within the EU, such as the obligation to report cash transports of €10,000 or more. In addition, from 01.01.2015 there is an extended exchange of information between the Spanish and German tax authorities and in Spain a restriction of cash transactions to amounts below €2,500. Furthermore, the Spanish tax authorities will receive a copy of every notarised purchase deed and can check and, if necessary, reassess the notarised purchase price and subsequently demand that the amount under-securitised be subsequently taxed and that interest be paid on the tax liability. The tax authorities make ample use of this possibility, which, however, sometimes leads to the absurd situation that a bargain hunter is not taken off the favourable purchase and is asked to pay additional tax.

There are also severe penalties! The fines imposed are usually between 50% and 150% of the evaded taxes. If the evaded amount exceeds € 120,000, this is a tax offence that is pursued across borders. It can lead to a prison sentence of between one and six years and a fine of up to six times the evaded amount. Who wants this? And let’s be honest: the non-resident’s flat-rate tax of 19% is a tax you can cope with quite well.