The first traces of human life in Mallorca go back to the 6th century before Christ. The first inhabitants came by sea and lived in caves, such as those that can be found in Porto Cristo -, Campanet and Arta. They hunted goat and antelope for food and later, they kept pets and built huts made of wood or stone. Between 1500 and 300 BC, the Talayot culture was at its peak and 20 new settlements for several hundred inhabitants were created. The Talayots were originally used as watchtowers, later as dwellings, but also as places of worship. Artefacts have been found in Cala Pi, Arta, Llucmajor, Santa Margalida, Santanyi and Puig de Na Morisca in Santa Ponsa.

The Romans in Mallorca

Let us move forward in time to the era of the Romans in Mallorca. In the year 123, 3,000 Roman legionaries conquered the island. Until the decline of the Roman Empire in the 3rd century, the Romans were in control on the island. They founded cities like Palma, Alcudia and Pollenca and built the port of Soller. Mallorca also benefited from the know-how of Roman builders, as the remains of aqueducts from that period prove. Due to new irrigation systems olive plantations and vineyards were created.

The Arabs in Mallorca

700 years BC the Arabs started to take an interest in Mallorca. They came first as pirates and plundered, not only on Mallorca and Menorca, but also on other Mediterranean islands, such as Sardinia. From the 9th century the period of Arab rule began. Although many Mallorquins still refer to an Arab occupation, Mallorca flourished throughout this period. They introduced irrigation systems, terraced the mountainous landscape and cultivated lemon, orange and almond plantations and also taught the Mallorquins how to build the famous dry walls. Many of the place names in Mallorca also have Arabic roots too. Binissalem, Biniaraix, Felanitx and Fornalutx

The Arabic era ended in 1229 with the conquest of the island by Jaime I of Aragon, who on 12 September 1229 landed with his armada in Santa Ponsa and entered Palma on 31 December 1229. Although Jaime I is mostly highly revered and honoured in annual celebrations, the conquest of the island was a bloody and destructive struggle: Jaime I cleared the city of Palma of looting, and those who did not submit or cooperate, were killed, and most of the monuments of Arab origin were destroyed. Following the death of Jaime I in 1276, his sons, King Pedro II of Aragon and Jaime II, who crowned himself King of Mallorca, fought over the right to rule as king.

During the reign of Jaime II some cities were founded or those in existence grew bigger, for example, Algaida, Binissalem, Campos, Felanitx, Sa Pobla, Selva, and Sineu. Jaime II built the Almudaina Palace in Palma as a government seat and began building Castell Bellver on the outskirts of the capital. Pedro’s son, Alfonso III eventually invaded the island but left in 1285 and gave it back to Jaime II after the Pope threatened to excommunicate him. The following decades were marked by ongoing disputes between the two kings, which ended with the Battle of Llucmajor in 1349, and at the same time the end of the Kingdom of Mallorca.

The heyday of handicrafts and agriculture

In the following centuries, there were many invasions by pirates, as well as epidemics and periods of famine. The economic situation of the island changed at the start of the 19th century. Agriculture flourished thanks to new export possibilities. Also, handicrafts, particularly the leather industry in Inca, gave people work and a modest income. They took advantage of the possibilities of electricity to commence the construction of the railway line between Palma and Inca. In the middle of the 19th century a new source of income was discovered with the still hesitant tourism. But more on that subject later.

The history of tourism on Mallorca

As mentioned previously, the history of tourism on Mallorca began in the mid-19th century. The most famous tourists during this period were the Polish composer Frederic Chopin and the French writer George Sand (“A Winter in Mallorca”) who spent the winter of 1838 to 1839 on Mallorca and are still providing the charming mountain village of Valldemossa a good income from tourism.

A few decades later the Austrian archduke Ludwig Salvator wrote the first great complete guide to Mallorca, “The Balearics in Words and Images”. The Gran Hotel was built around the turn of the century in Palma and opened in 1903 to accommodate a demanding international audience. Today the cultural foundation of the La Caixa bank is housed there. The foundation of the tourism association “Fomento de Turismo” was established in 1905, and shows that the importance of tourism for Mallorca was already being recognised. Until the beginning of the Spanish Civil War (1936 – 1939), Mallorca attracted some 40,000 foreign tourists every year amongst which there were many writers, painters, actors, existentialists.

The tourism industry in the Balearic Islands was interrupted by the second world war, but already in 1950, Tourism Association statistics showed that almost 100,000 holidaymakers visited the island. With the progressive development of air traffic, a true boom in tourism commenced, which required the construction of a new airport on Mallorca. In 1997, the new airport Son Sant Joan was inaugurated and has been expanded on a regular basis over the years. In 2016 tourism reached its provisional peak with a total of 12 million visitors. 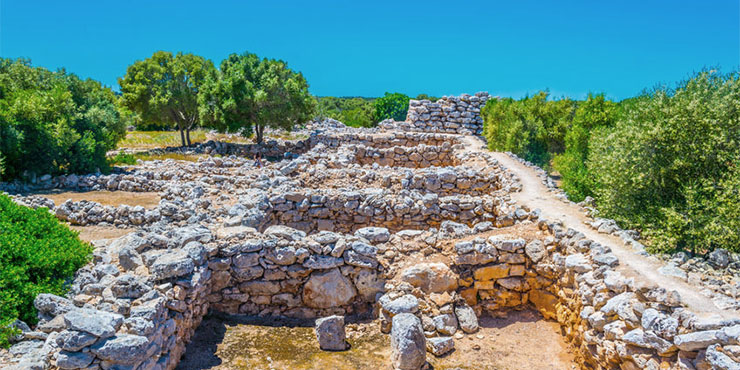 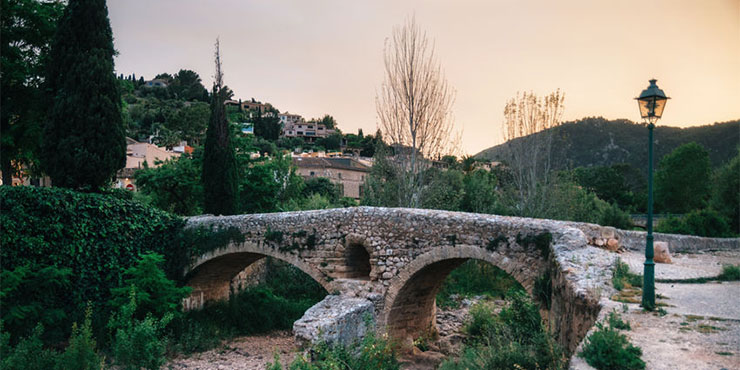 123 BC
The Romans occupy Mallorca 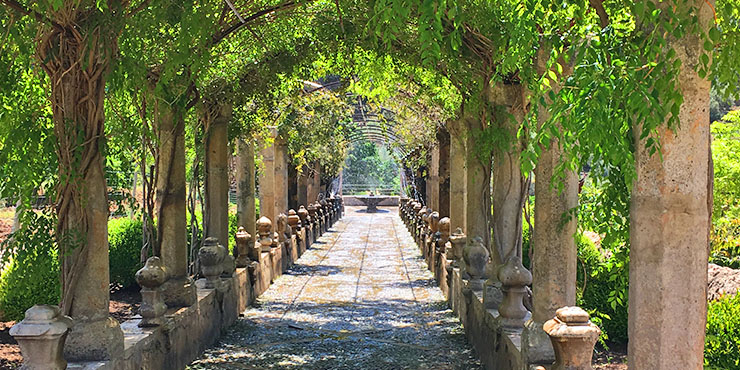 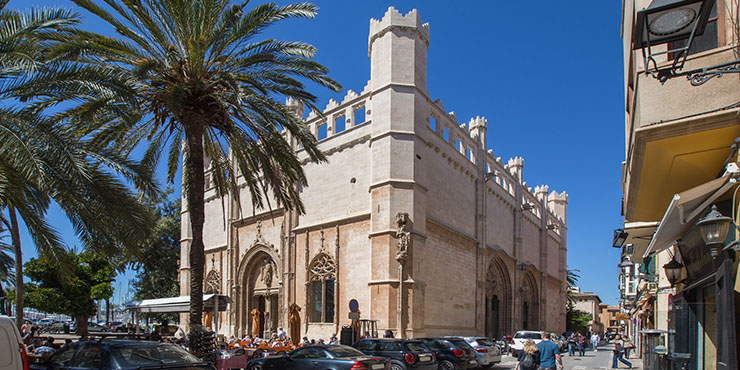 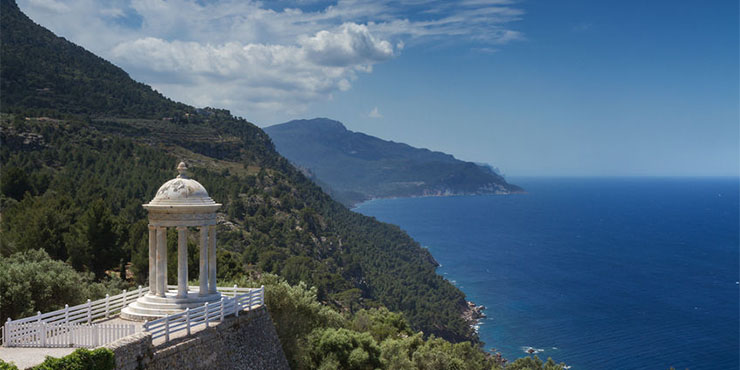 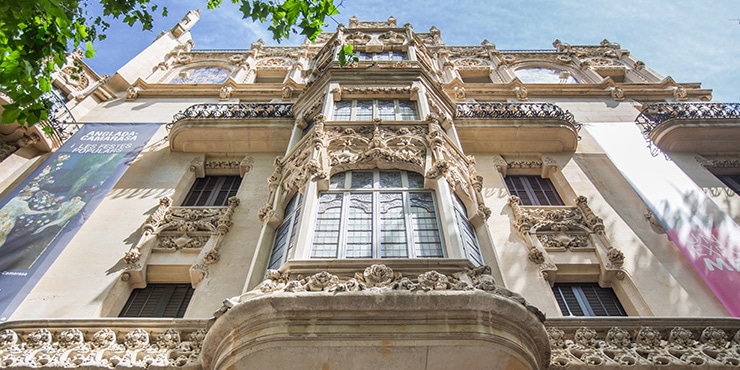 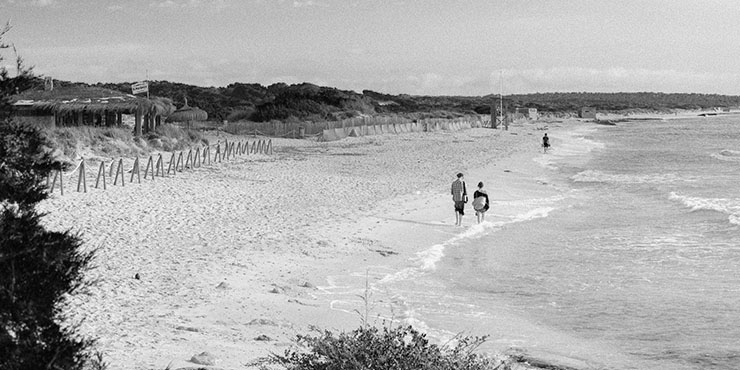 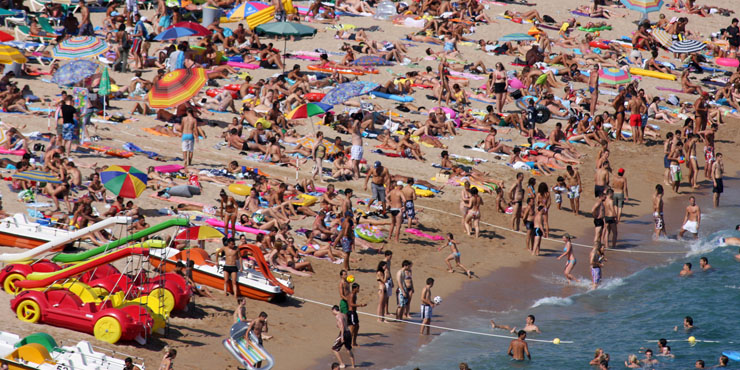